Nokia has a worldwide reputation for making sturdy phones. However, they are also known for making unique Nokia phone designs! The following is a list of past most bizarre-looking phones from the company:
[ads1] 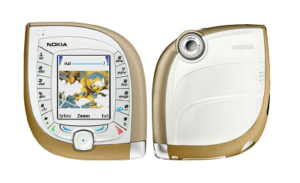 The first on the list of the most unique Nokia phone designs is: Nokia 7600. The phone got into this list beacuse it looked like a makeup powder container with a leaf design. This model had a 2.0-inch display with a 128 x 160 pixels resolution (~102 ppi pixel density).

The unique design of this Nokia lied in the keyboard buttons surrounding the screen. The button allocation wasn’t very user-friendly because it was hard to type with one hand. The Nokia 7600 featured a VGA (0.3 MP) camera that could make videos, and a MP3 player.
[ads1] 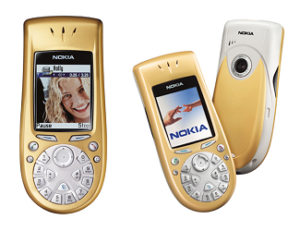 Next on the list Nokia 3600 model with its strange circular keyboard. The phone featured a 2.1-inch display with a 176-to-208 pixels (~130 ppi pixel density) resolution. Interestingly, this model ran on Symbian v6.1 operation system and had a 4 MB internal memory.

The phone had users that praised it for its messaging experience, with its predictive text input and message templates. On the other hand, there were also users that complained about the phone’s bulkiness. The Nokia 3650 also had a VGA camera and came in 3 different color options (dark blue, grey and yellow). 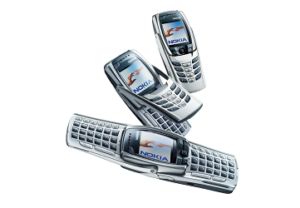 Nokia 6800 looked just like an ordinary but bulky phone at the first glance. However, it had a hidden, full QWERTY keypad that could be opened with just a flip of the phone. In short, Nokia 6800 had 2 keyboards to offer, which made the phone very bulky. 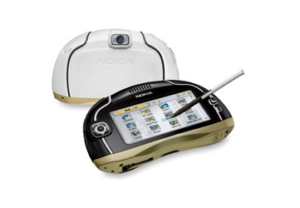 Nokia 7700 is a phone model that resembles closely a gaming console and a handy camera. The market target of the phone was users that like to play mobile games. The Nokia model had a 3.5-inch touch screen that had 640 to 320 pixel resolution. In addition to that, the phone had a touch-pen to input and select icons.

Interestingly, this weirdly looking phone had speakers above the screen. Furthermore, it also had control buttons on both sides which made it looked like a gaming console even more! The Nokia 7700 was announced in 2003, However, it had never been officially sold in stores for the public, and it was replaced by an introduction of Nokia 7710 the following year.
[ads1] 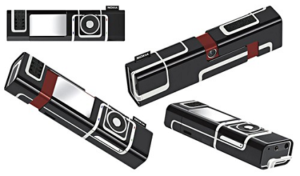 The fifth model to be included among most unique Nokia phone designs is: Nokia 7280. The phone looked like a voice recorder used by journalists and private detectives! It had a small display with 104 to 208 resolution, and it weighted only 84g. When used, this phone definitely felt more like a MP3 player rather than a regular phone.

It didn’t feel like a regular phone because it only had the option of a navi-wheel to select characters to type. In addition to that, it had only: 2 more select buttons, 1 cancel button and 1 call button. Furthermore, the Nokia 7280 had a hidden VGA (0.3 MP) camera which could only be seen when sliding open the outer layer of the phone.
[ads1]

The next on the list of the most unique Nokia phone models is: Nokia 3250. It was made with a dedication to users who liked music functionality to be included in a phone. This phone model had a rotating bottom half which had 2 sides: one with a normal phone keypad, and one with the basic music control button of a MP3 player!

The Nokia 3250 had a 2.1-inch display with a 176 x 208 pixels (~130 ppi pixel density) resolution. In addition to that, the phone had a 2 MP camera that could record videos. Nokia 3250 ran on Symbian OS v9.1 operation system. For us this unique Nokia phone model had the best functionality among all the phone models listed here!

The above are the most unique Nokia phone models to look back on!

We know that throughout the whole history of mobile phones, there must be many other bizarre looking phone models. However, these are our picks from the Nokia company. Interestingly, all these models were manufactured between 2003 and 2005!