According to a report by The Economic Times, Reliance Jio plans on doing that by releasing a super affordable 4G VoLTE feature phone, which might be priced as low as Rs. 500. Although not confirmed, the device may be revealed at Reliance Industries’ annual general meeting on July 21, with sales officially kicking off in August. The company has reportedly already ordered between 18 and 20 million handsets, which will be manufactured in China.

The Rs 500 phone is learned to be powered by a Snapdragon 205 SoC processor and 512MB of RAM. It would feature 4GB of onboard storage that could be expandable by up to 128GB with the help of a micro-SD card. 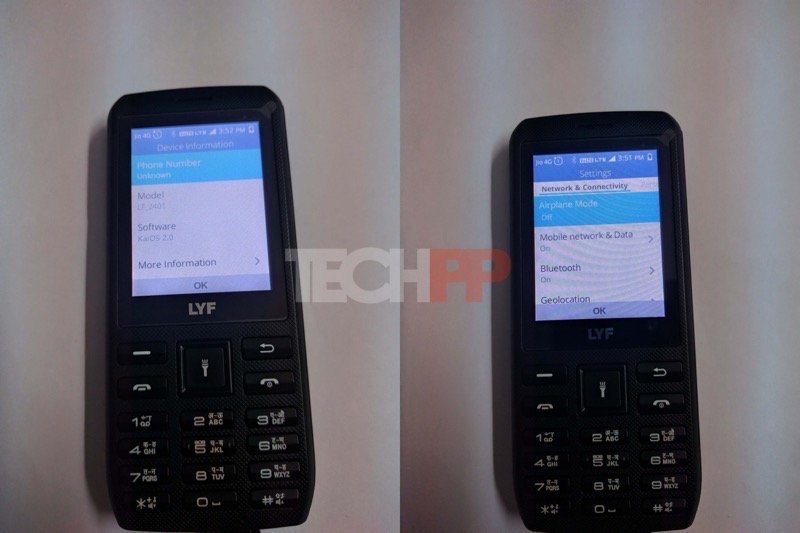 The phone will sport a 2.4-inch color screen and to be mounted with a 2-megapixel rear camera. It will be fueled by a 2,000mAh battery and to run on Kai OS software.

In terms of connectivity, it would feature Cat 4 LTE Band 3,5,40, dual-SIM, Wi-Fi and USB tethering support for specific apps.

Software: Kai OS, which is said to be a custom fork of Firefox OS (for phones).

Take note that the phone would not allow Wi-Fi tethering. It will come with Bluetooth, 4.1, VoLTE, VoWiFi and Video Calling support.

The ultra-affordable Reliance Jio phone is said to be in all-plastic candy-bar body design with a textured back. Even though termed as a feature phone, it will offer almost all the features of an entry level smartphone.

Jio feature phone price in India will be Rs. 500, after subsidizing the manufacturing cost. Like we mentioned earlier, it’s not clear if the leaked mobile is actually the Rs. 500 Jio phone.